Ålesund is a city and municipality in the county of Møre og Romsdal, Norway. It is a sea port, and is noted for its unique concentration of Jugendstil architecture.

Ålesund was established as a municipality January 1, 1838. Borgund was merged with Ålesund January 1, 1968. Sula was separated from Ålesund January 1, 1977. Ålesund received city rights in 1848. It is the administrative center as well as the principal shipping city of the Sunnmøre district. The Ålesund agglomeration has a population of 45,299.

Ålesund was originally known as Kaupangen Borgund, kaupang being Norse for marketplace or town. The West Norse form of the current name was Álasund. The first element is (probably) the plural genitive case of áll m 'eel', the last element is sund n 'strait, sound'.
Until 1921, the name was written Aalesund.

Ålesund municipality occupies seven of the outer islands in the county of Møre og Romsdal: Hessa, Aspøy, Nørvøya, Oksnøy, Ellingsøy, Humla and Tørla. The city centre is located on the islands Aspøy and Nørvøy, while Hessa and Oksnøy contain residential areas. The second largest island, Elingsøy, used to be accessible only by boat or by road via Skodje municipality, but a subsea tunnel was built in 1987 to make travelling between the island and the city centre more convenient. The tunnel is 3,481 metres long, and is currently being upgraded. Situated 236 km north northeast of Bergen, Ålesund is adjacent to the Hjørund and Geiranger fjords, the latter being on UNESCO's list of World Heritage Sites.
The municipality covers an area of 93 km2. The population is 41,385, making the population density 430 people per km2. The population of the agglomeration, which includes parts of the neighbouring municipality Sula, is 45,299. The municipality also contains three small, separate urban areas — Hoffland, Årset and Myklebost — with a total population of 1217.
The city has a pronounced maritime climate with mild and windy winters; the coldest month of the year, January, has a mean temperature of 1.3 °C. The lowest temperature ever recorded at Ålesund Airport, Vigra is a mere -11 °C.
(Source - Wikepedia) 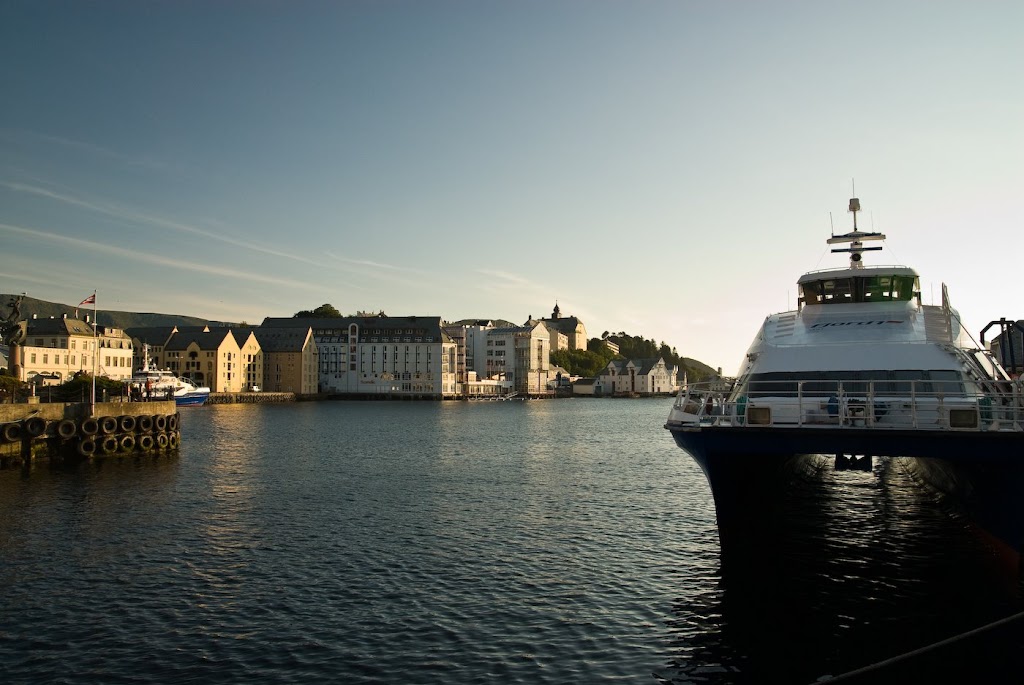 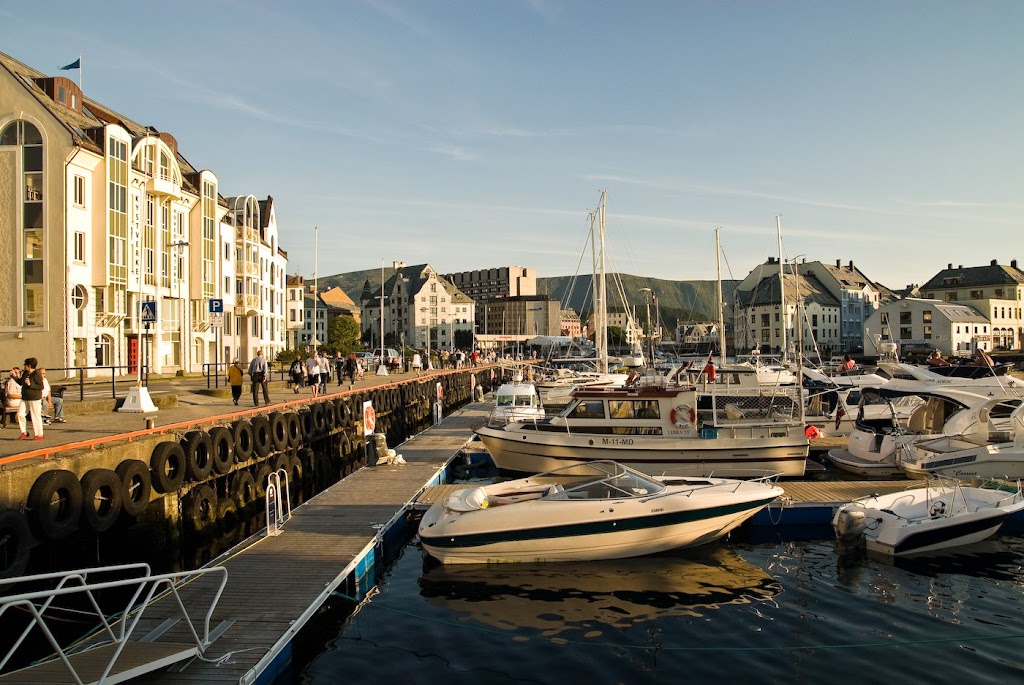 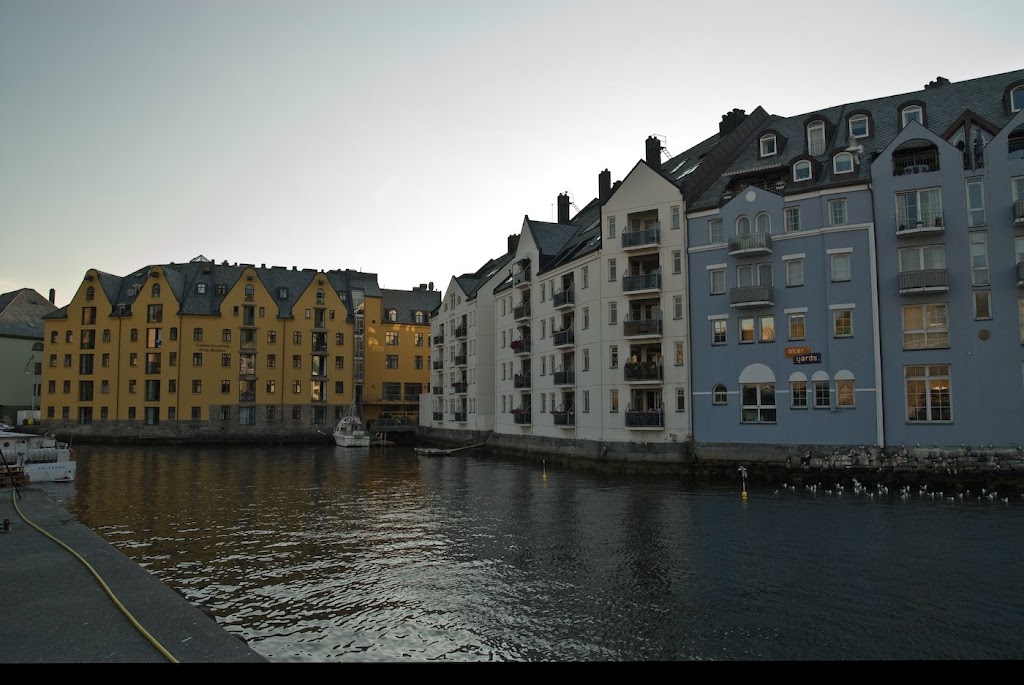 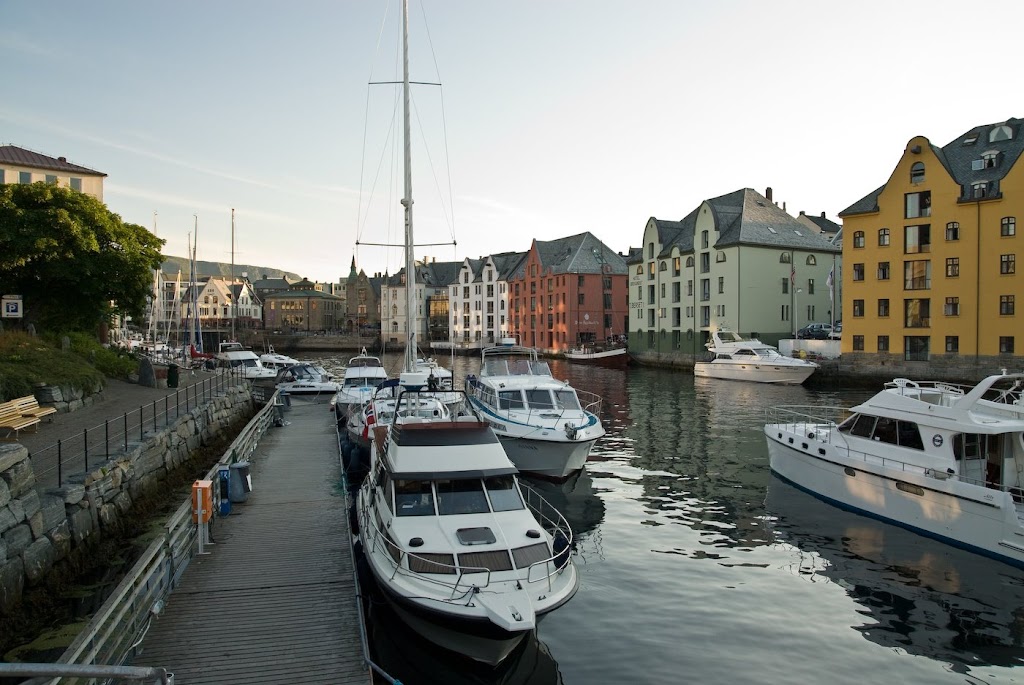 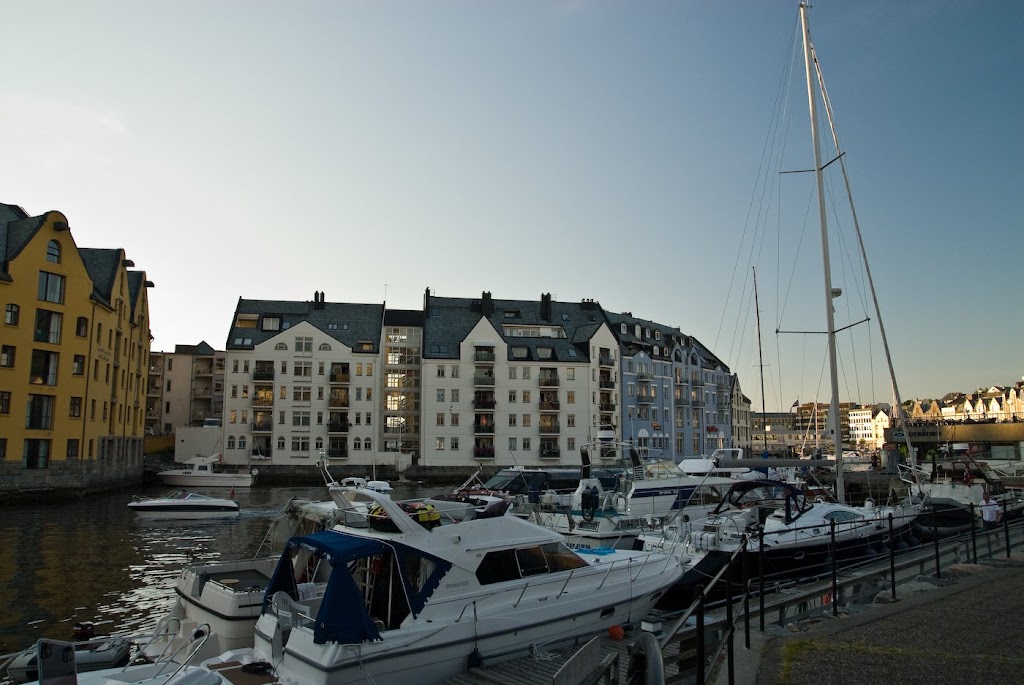 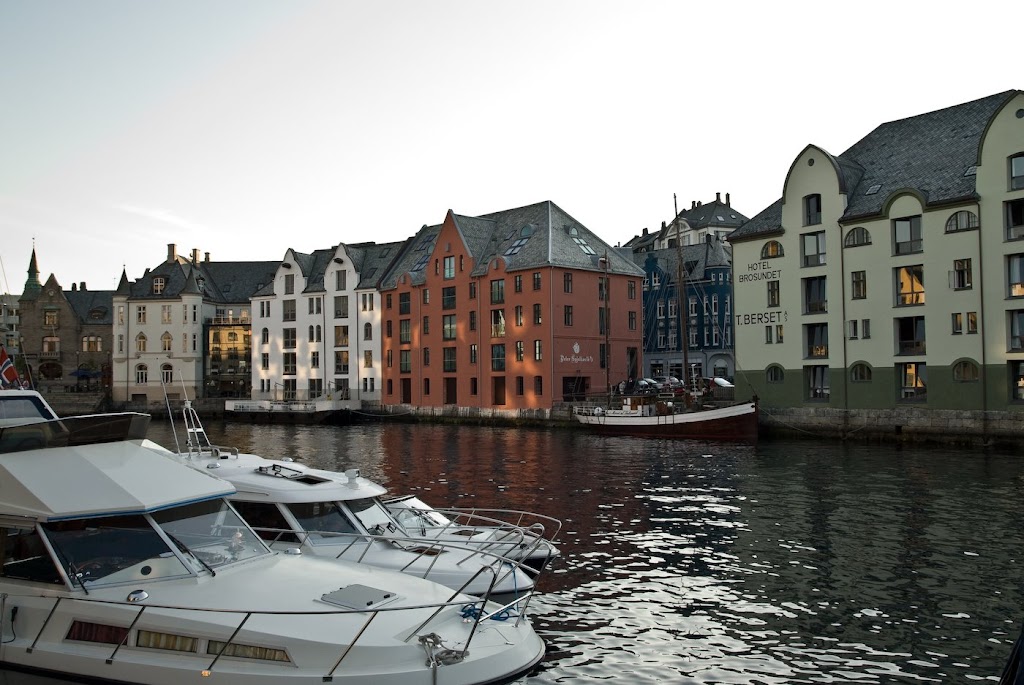 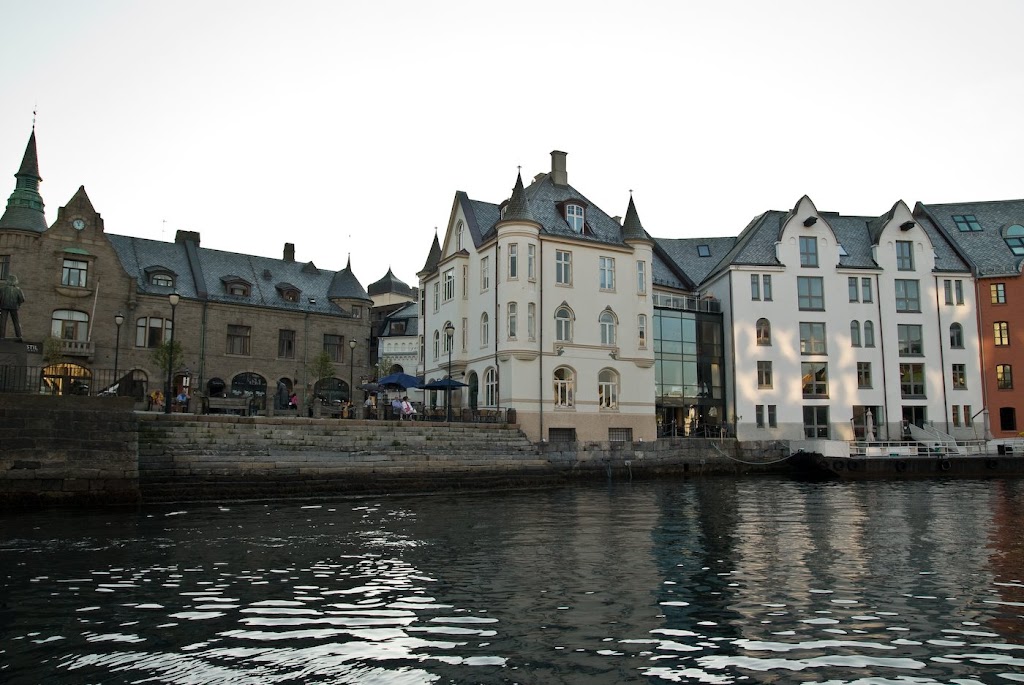 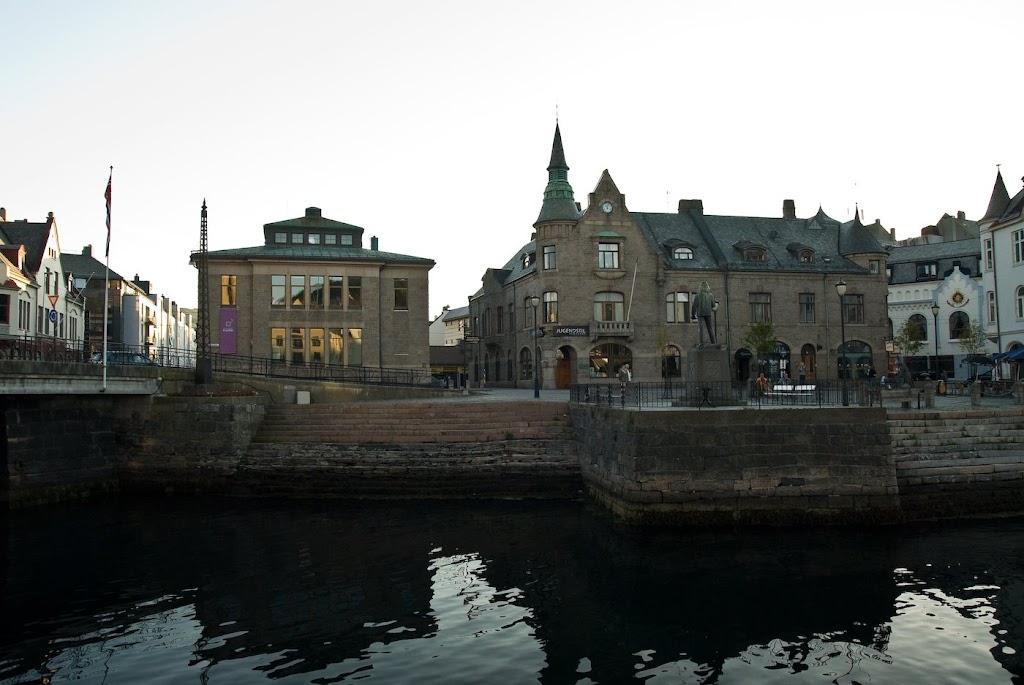 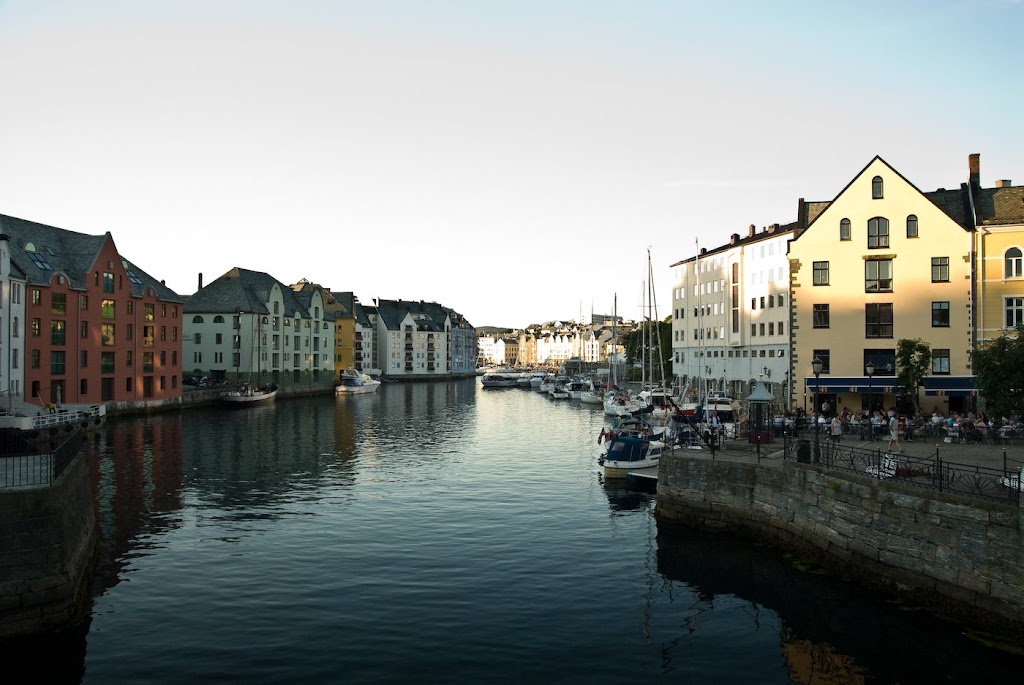 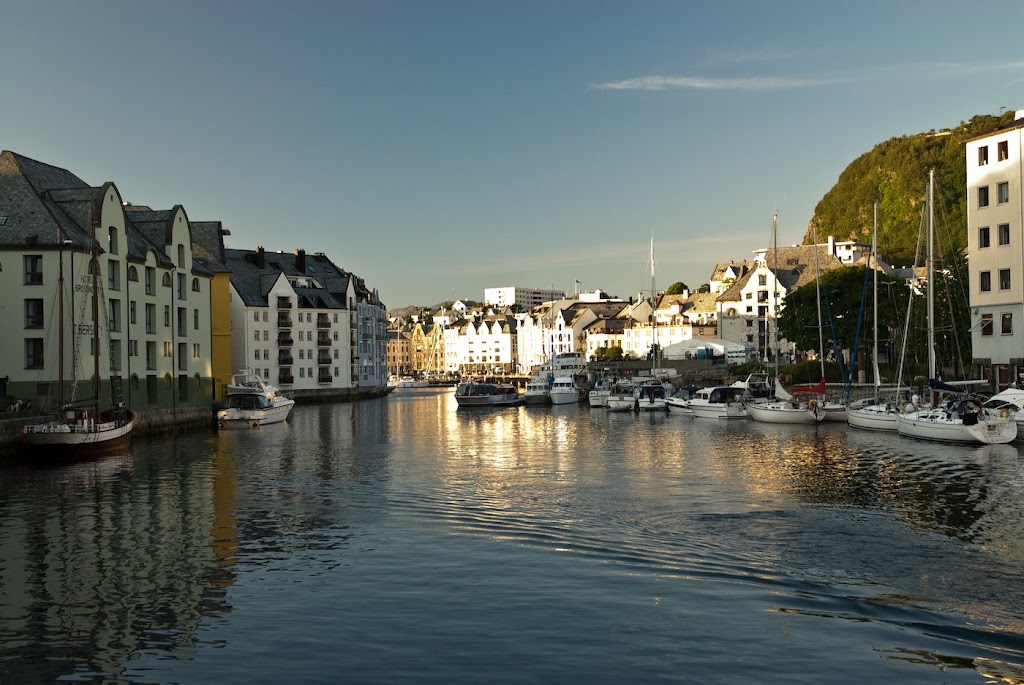 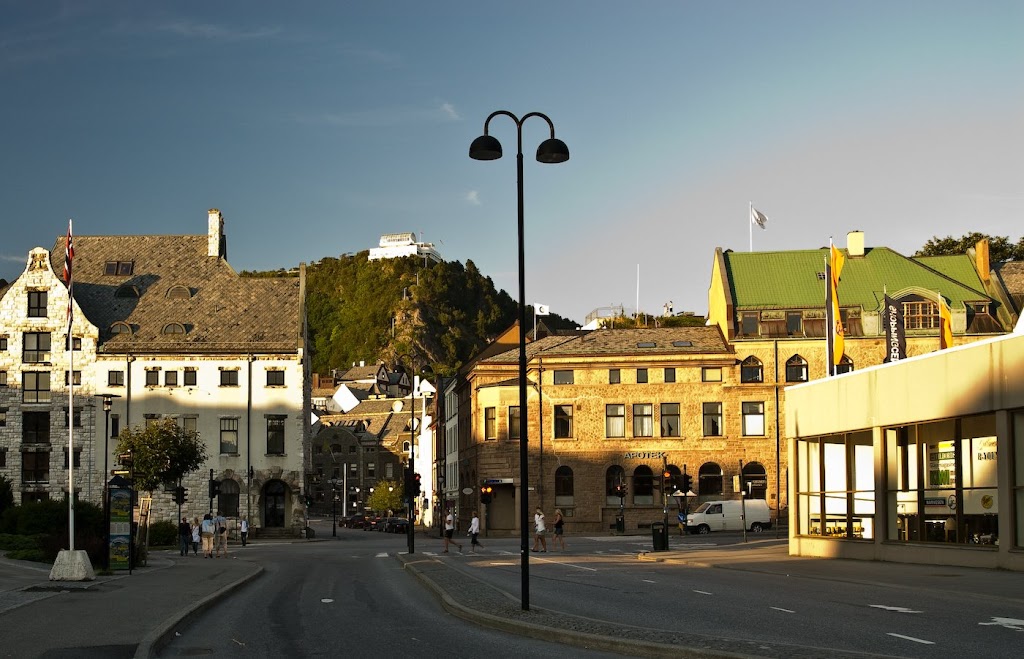 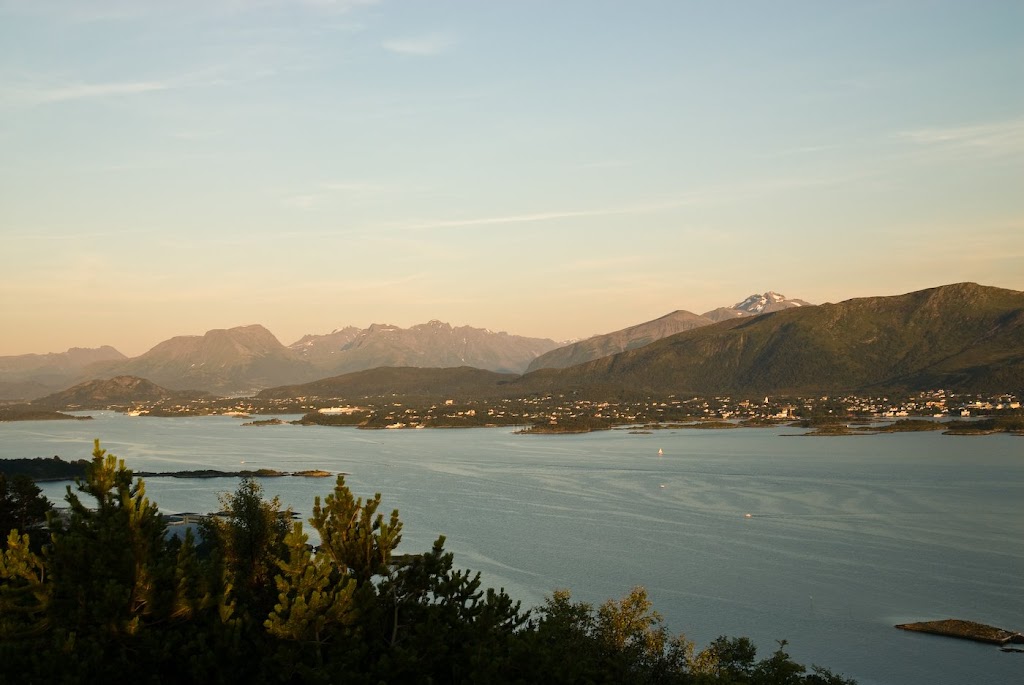 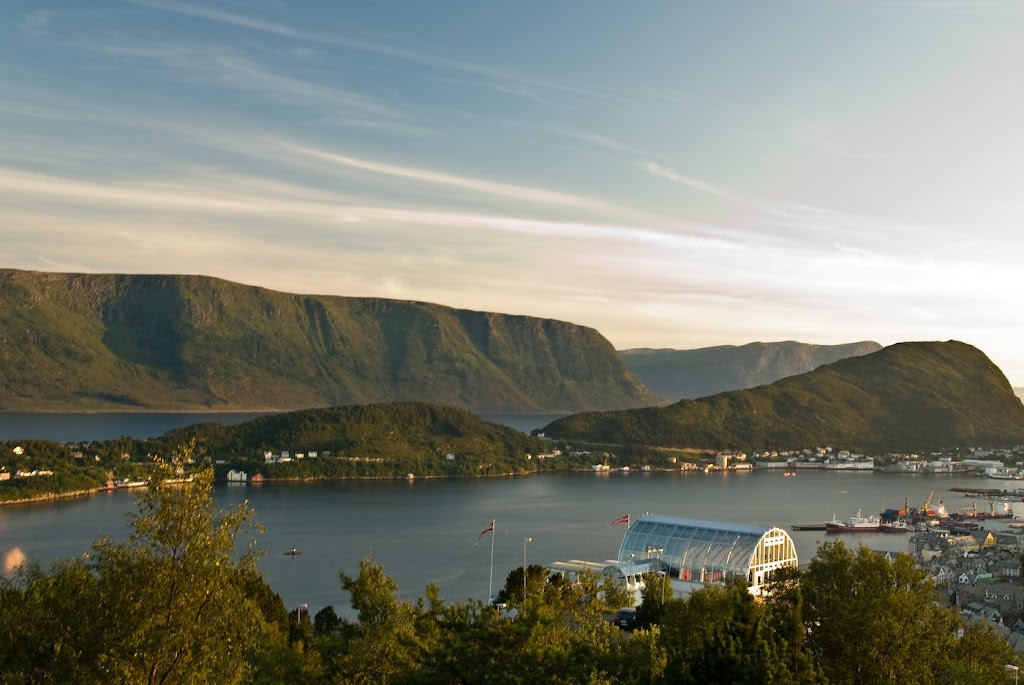 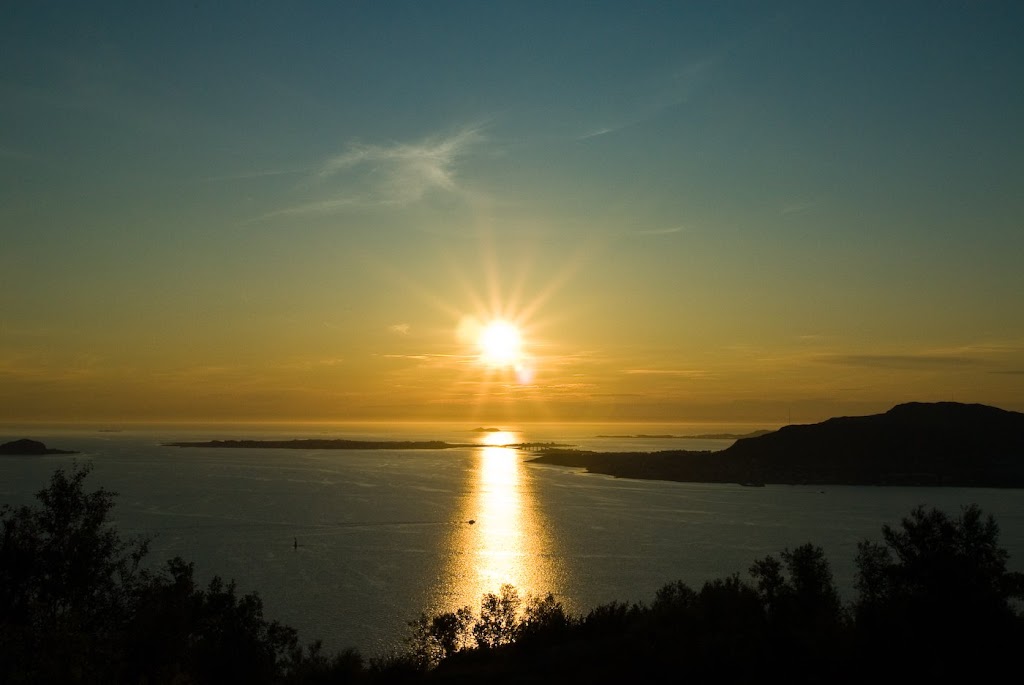 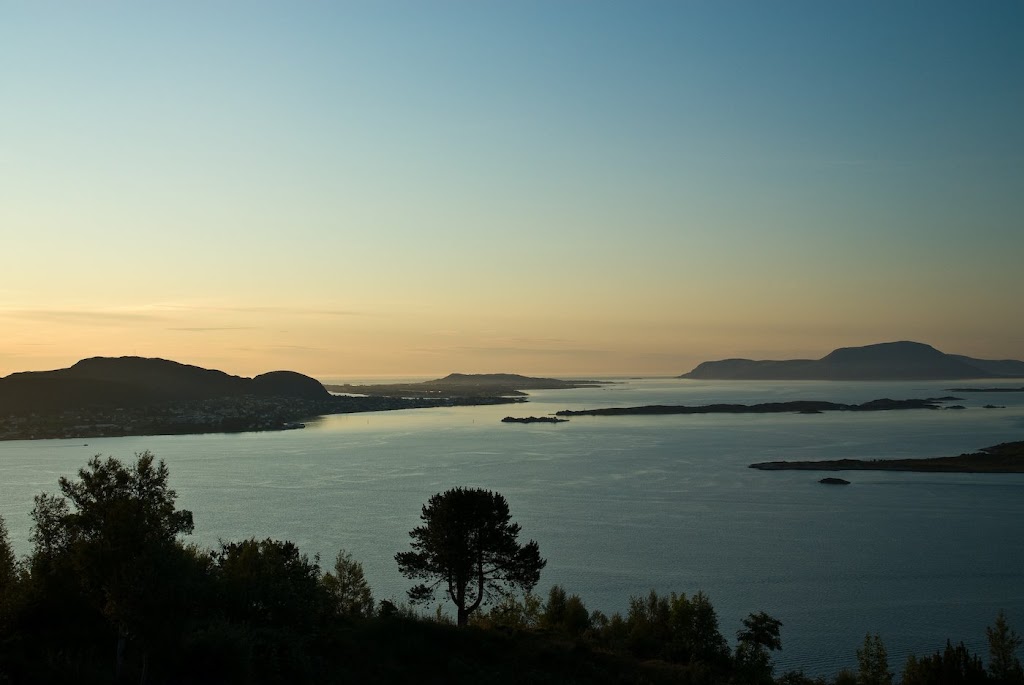 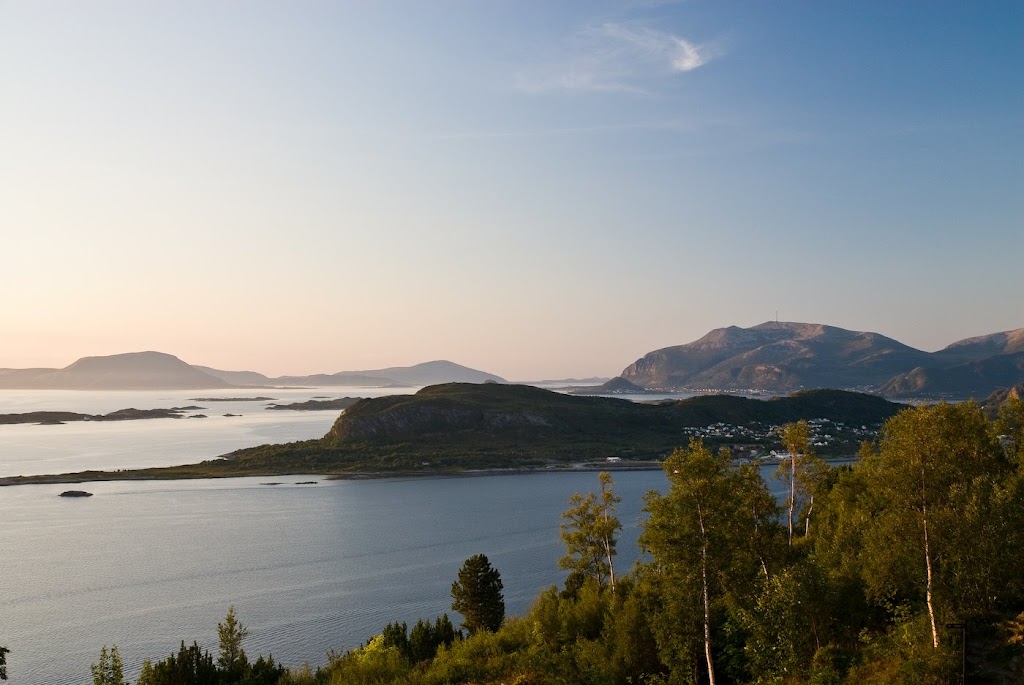 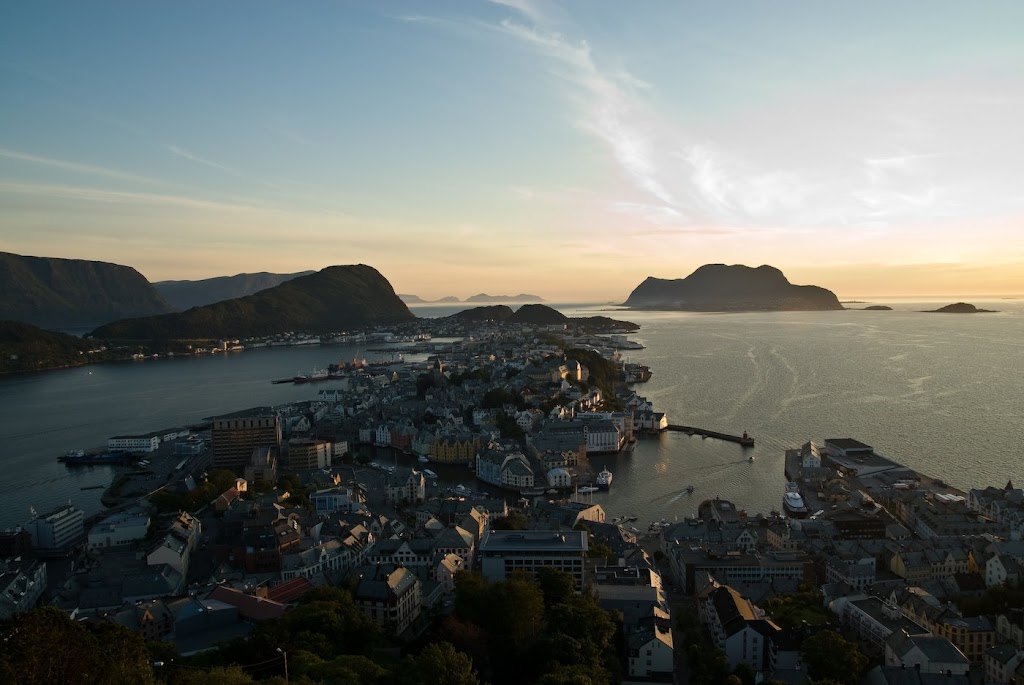 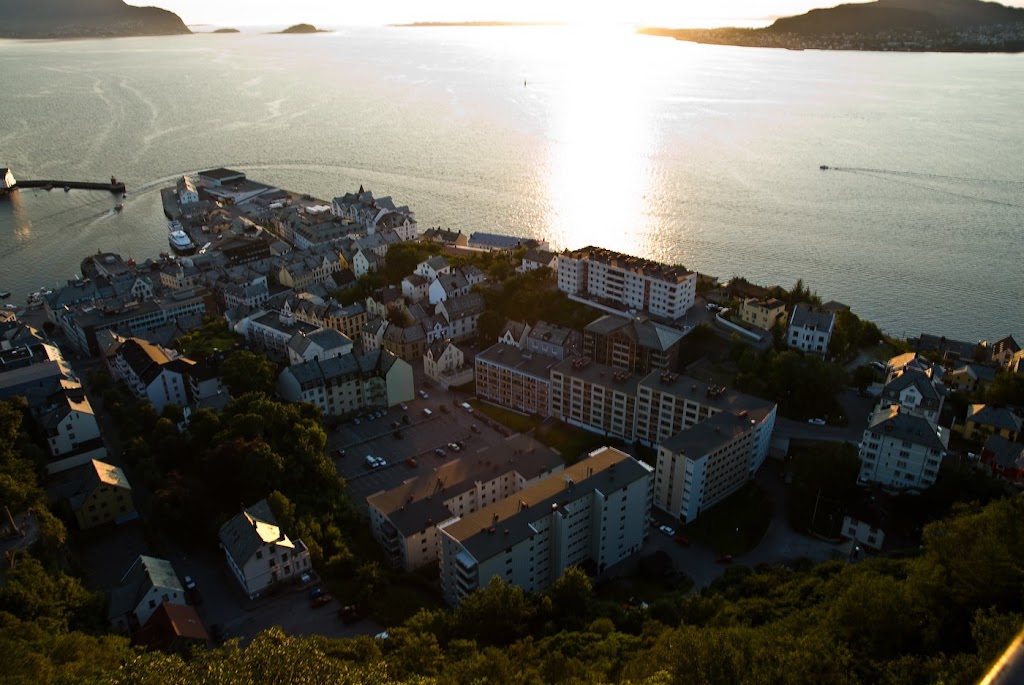 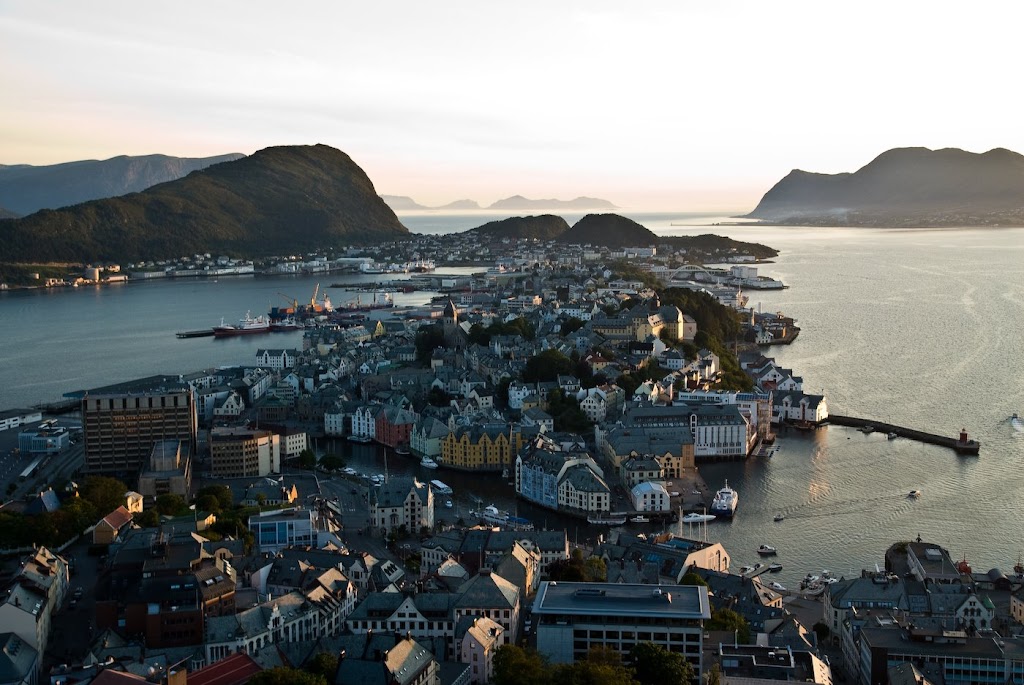 John: Wow, those are some great views of the town, boats and sun reflections. You must have had a great time with your camera.

These are just breathetaking. Everthing for those reflections to the vast open feel.

Wonderful series of pics! I loved this virtual journey to Norway!

Oh my God, your country is soooo beautiful! Thank you so very much for sharing these wonderful landscapes!