The Tjeldsund Bridge (Tjeldsundbrua) is a suspension road bridge that crosses Tjeldsundet between the mainland and Hinnøya in Troms county in Norway. The bridge is 1007 metres long, the main span is 290 metres, and the maximum clearance to the sea is 41 metres. The bridge has 32 spans. 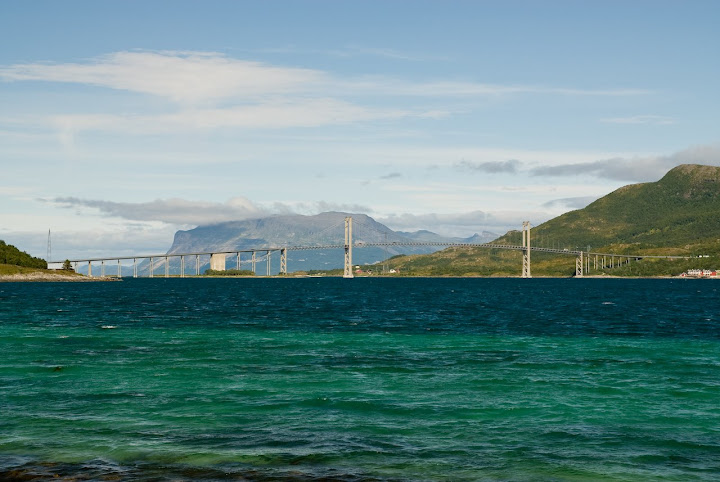 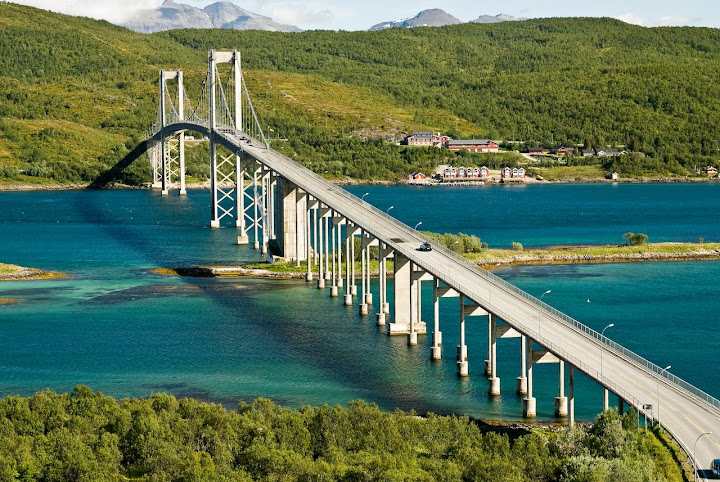 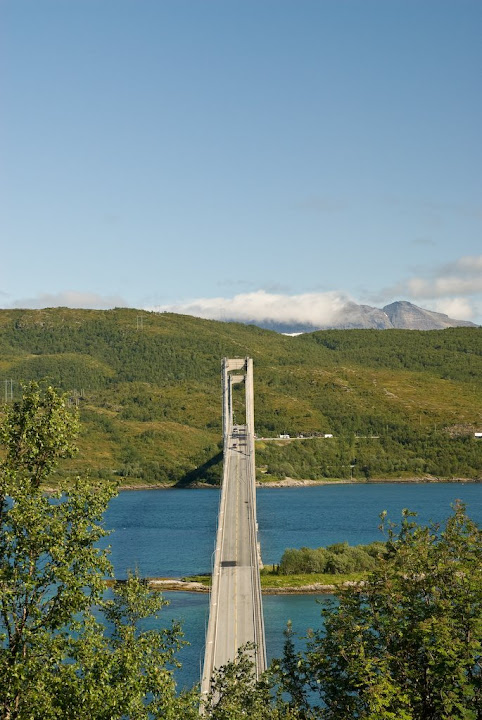 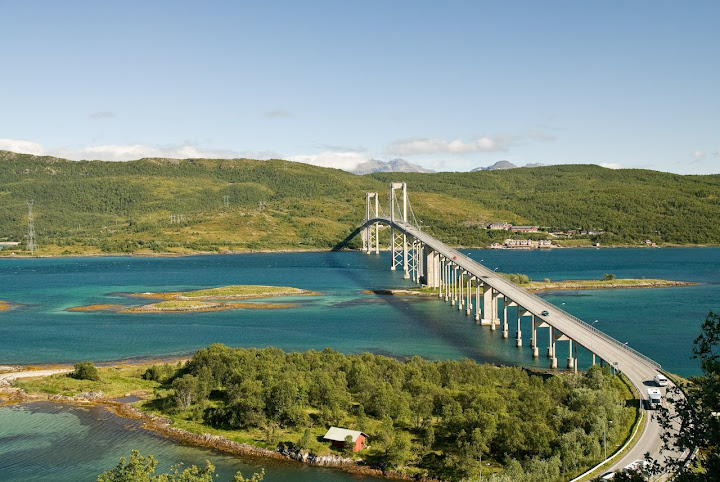 That was a worthy bridge and different from the ones I am used to see around here. I liked the different angles you have used and the day the road leads into the photo.

Magnificent shots! The bridge itself is attractive but the scenery is stunning.

Beautiful and I too appreciate the different angles. The only looking down from above shows how the central section differs from the sections either side.

Bridges like this just amaze me....I just cannot imagine building one. Love that you gave all the different views of it.

What a bridge you have here. The colors of the water are spectacular. Wonderful structure too. Thanks for sharing.

At last we got signals of life from you up in the far north. And the quality of this signal is superb.
Not only the photos, but the magnitude of work connected to the shooting (different direction, altitude etc) tell me that you take your hobby (?) seriously.
That is the opposite of my "family shooting"
:)
Ha fortsatt en fin ferie i det høye nord. Gleder meg til bilder fra lofoten

Nice bridge. The second shot is my favorite!

That is really ong and aslo graceful.