Drammen is a city and municipality in the county of Buskerud, Norway.

Drammen was established as a municipality 1 January 1838 (see formannskapsdistrikt). The rural municipality of Skoger was merged with Drammen 1 January 1964. (And then transferred from the county of Vestfold to the county of Buskerud.) There is also a town called Drammen in Wisconsin, named after the Norwegian city in 1877. 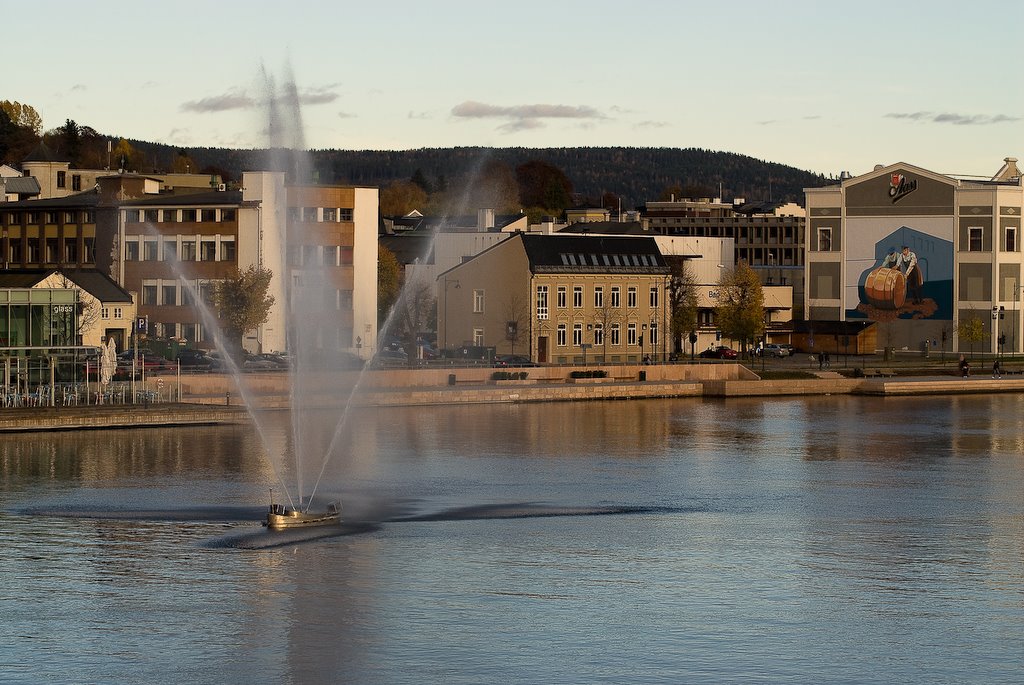 Wow! Who wouldn't want to visit your world! Nice photo.

Great photo and we are off to a good start.

I always find something interesting here.

Wonderful and thank you for being on board! :)
Cheers, Klaus

Interesting picture, I look forward to seeing more from your again next week.

Beautiful river. Norway is one country I KNOW I want to visit some day but for now I'll look forward to photos from you!

well, I like what I see here of Norway Thank you for sharing, that looks like a great place to live

Thanks John for showing us Drammen.Could you tell something about the history of Drammen and the location? Good luck!

Beautiful!
I love the old architecture and the new as well in the background.

Beautiful shot of Norway. Will see you next week for more of Norway.

Drammen is so beautiful! I love the architecture and the mural on one of the buildings. Wonderful photo!

Awesome shot! And that boat... I'd like to know more about that! I imagine there's a lot of energy doing its thing there. Very cool!

Hi, beautiful and a film image.
Hugs from Brazil

Striking image from your world, John! Thank you. This new Teusday meme will be fun, no doubt.

What a great photo - thanks for introducing us to your world.

John: Welcome aboard, It is always fun to visit you and your neat camera work of Norway.

Beautiful photo, as usual. The more I see your photos the more I'm intrigued about visiting Norway.

Beautiful photo, as usual. The more I see your photos the more I'm intrigued about visiting Norway.

A beautiful image from your world!

I love the architecture and I love the near panoramic view with the water.

Beautiful part of the world.

Those of us in skywatch know your world is filled with beauty and I for one am glad to see more of it each week.

Thanks for the wonderful trip around your place. So very much different from my place but I do wanna share my place also to you. Great job.

Fantastic picture. I'd love to visit your part of the world.

What a wonderful river shot! This post is a fascinating introduction to your world!

Drammen was a surprise. A visit extended my knowledge that it was equivalent to Aass Brygeri
:)

John : That's a spectacular way to start your My World post and a fantastic image to go along with it

Nice to visit Drammen for the first time!!
Your header is fantastic.

Wow! What a beautiful place to visit. Great shot!

Now that is very impressive

Wow! This is a really wonderful shot!

A beautiful world though your eyes!

Very interesting, John. Thank you for sharing this with us - it brought Norway a little closer to those of us who are thousands of miles away.

WOW how neat to learn about so many places