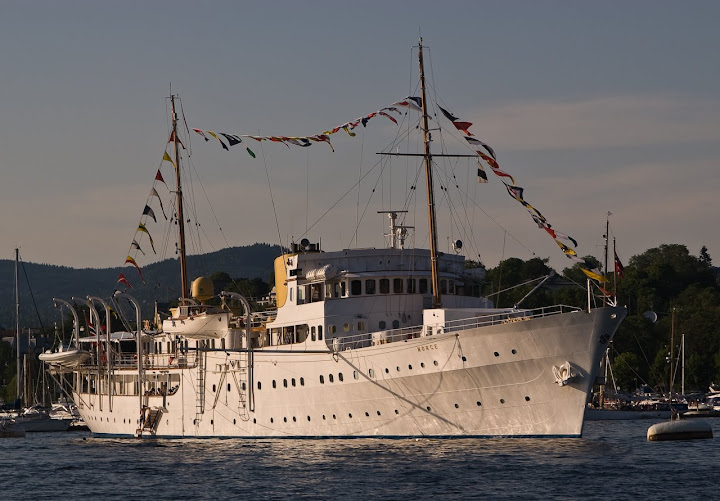 One of only two remaining Royal Yachts in Europe, HNoMY Norge (in Norwegian, KS Norge, or K/S Norge) is the Royal Yacht of the King of Norway. The ship's name Norge is Norwegian for Norway.
The Royal Yacht Norge was the Norwegian people's gift to King Haakon VII in 1947. The yacht is owned by the King but maintained and manned by the Royal Norwegian Navy.
A ship prefix is a combination of letters, usually abbreviations, used in front of the name of a civilian or naval ship.
Prefixes for civilian vessels may either identify the type of propulsion, such as "SS" for steamship, or purpose, such as "RV" for research vessel. Civilian prefixes are often used inconsistently, and frequently not at all. Sometimes a slash is used to separate the letters, as in "M/S".
Naval prefixes came into use as abbreviations for longer titles, such as "His/Her Majesty's Ship" in the Royal Navy, abbreviated "H.M.S." and then "HMS". Earlier uses often included the type of vessel, as for instance "U.S.F." ("United States Frigate") for frigates of the United States Navy. Today the common practice is to use a single prefix for all warships of a nation's navy, and other prefixes for auxiliaries and ships of allied services, such as coast guards. 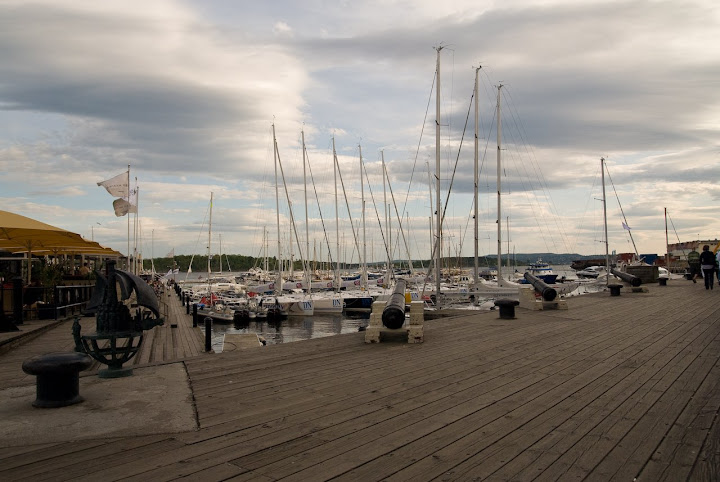 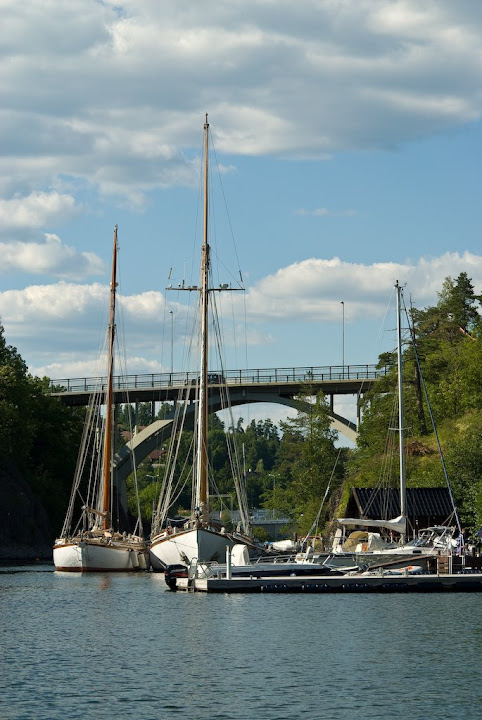 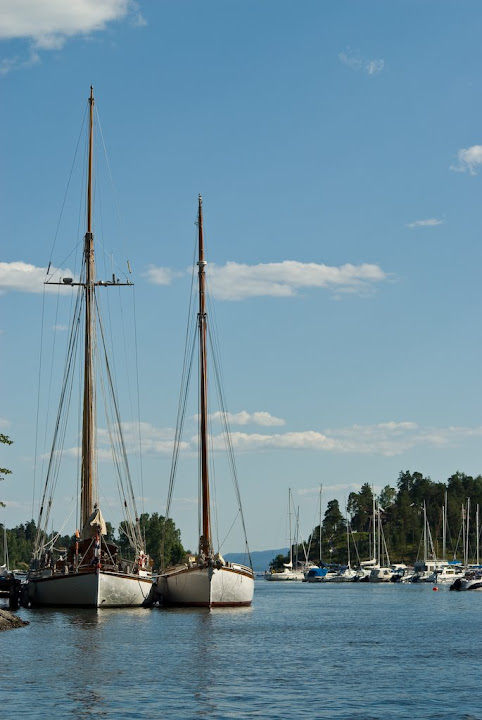 Colin Archer (22 July 1832 - 3 February 1921) was a naval architect and shipbuilder from Larvik, Norway. He was born of Scottish parents who emigrated to Norway in 1825.
Prior to his career as a naval architect in Norway, he spent time in Queensland, Australia, with his brother, Thomas. While there, he sailed with a cargo up the Fitzroy River, Queensland "when it was almost if not quite unknown".
He and his shipyard were known for building durable and safe ships. The most notable single ship built by Colin Archer was the Fram, which participated in expeditions to the North Pole, and later Roald Amundsen's historic first expedition to the South Pole. He also designed a sturdy sailing vessel class for the Redningsselskapet (The Norwegian Lifeboat institution) which was used for many years and now is referred to as a Colin Archer. Fram is now preserved in the Fram Museum on Bygdøy, Oslo, Norway. The prototype lifeboat "Colin Archer RS 1" is still afloat and in use as a floating museum.
Archer spent a lot of time calculating how an efficient hull should be designed. Even to this day, people still consult his work when designing new ships. He is credited with over 200 vessels.
Two rescue ships were named after him; the Colin Archer of 1893 and a later Colin Archer.
Archer's designs were adapted to pleasure sailing in the 20th century. In 1928 William Atkin scaled down Archer's 47-foot Regis Voyager, a pilot boat, to make the 32-foot Eric. This design went on to become very influential in ocean sailing, with boats such as Vito Dumas's Lehg II and Robin Knox-Johnston's Suhaili making notable circumnavigations. In the 1970s, the design was adapted to glass-reinforced plastic by William Crealock, and became the Westsail 32; this famous cruising boat has, in turn, inspired many imitations, so that the "Archer double-ender" style of boat continues to be popular to this day.
The Colin Archer Memorial Race sailing race is named in his honour. The race starts in Lauwersoog (The Netherlands) and finishing near Larvik in Norway, organised every two years. The distance is about 365 nautical mile and -depending on the weather and the type of ship- the sailing time generally amounts to 3 to 5 days. 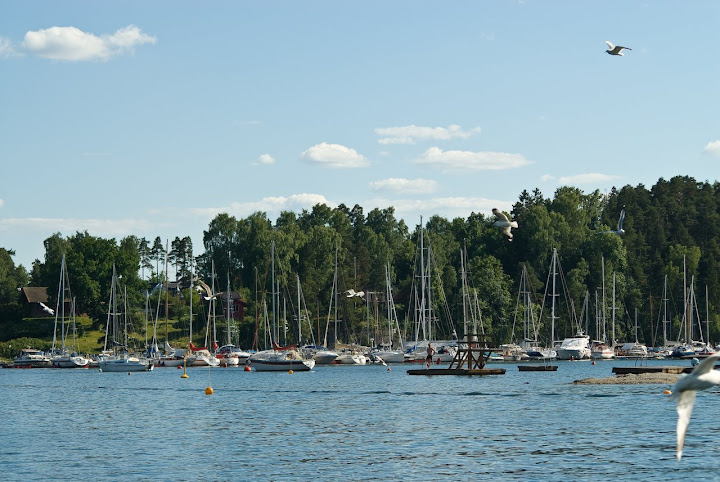 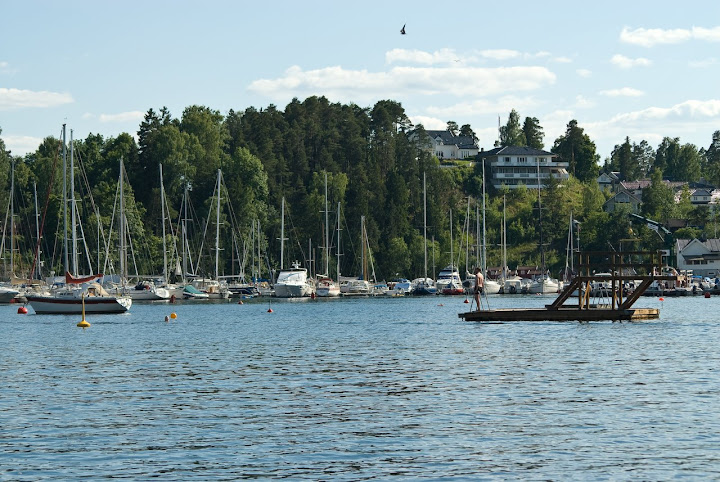 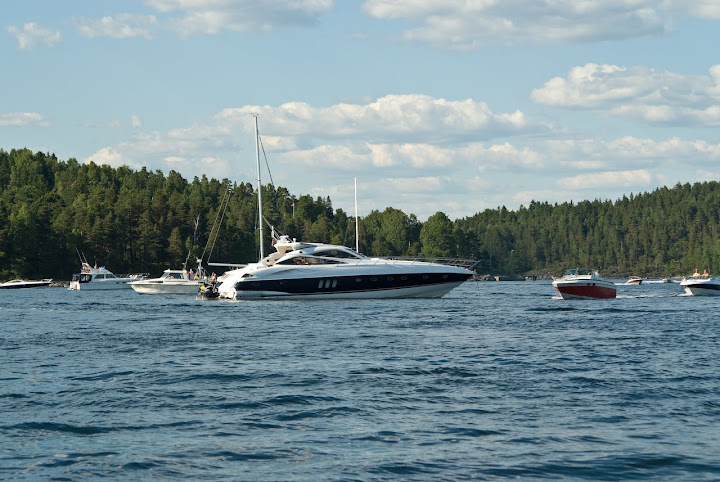 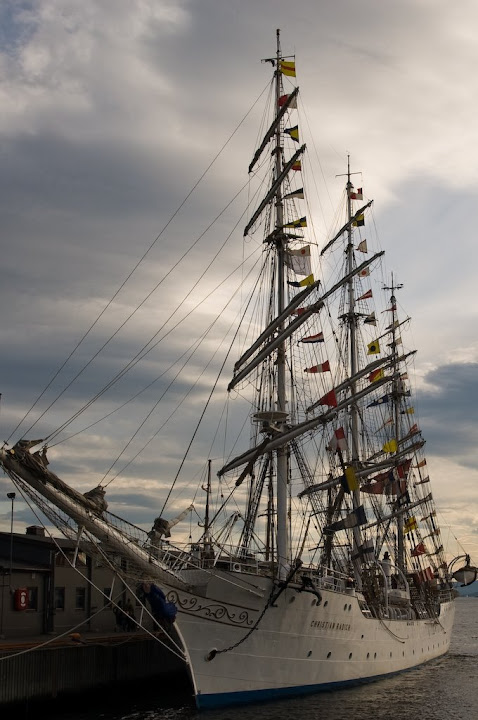 Christian Radich is a Norwegian full rigged ship, named after a Norwegian shipowner. The vessel was built at Framnæs shipyard in Sandefjord, Norway, and was delivered on 17 June 1937. The owner was The Christian Radich Sail Training Foundation established by a grant from a cavalry and officer of that name.

The vessel is a full rigged three masted steel hull, callsign is LJLM, its homeport is Oslo, and the IMO number is 5071729. The class society is Det Norske Veritas, DNV, and its built to +1A1, E0.

The vessel is 62.5 m long, with an overall length of 73 m including the bowsprit and a maximum width of 9.7 m. She has a draught of about 4.7 meters and a displacement at full load of 1050 tons. Under engine power, the Christian Radich reaches a top speed of 10 knots, while she can make up to 14 knots under sail.

Email ThisBlogThis!Share to TwitterShare to FacebookShare to Pinterest
Etiketter: Yacth

Beautiful pictures of glorious yachts! For me, there is hardly a better scene than Sydney Harbour full of Tall Ships under full sail. Thank you for all that interesting information too.

What beautiful pictures. I can't believe how big the one in the top picture is. Good post.

With such a long coastline, do most Norwegians own yachts or smaller boats. What wonderful photos to look at on a hot summer day. Now to just imagine a cool breeze!

That first one is some yacht!! And the last one of the rigged ship... wow!
Great shots too of the other yachts - are you sure there are enough? ;0)
Lovely post again John. Mine's up.

That first one is what I call a yacht. Very nice photos.

What fabulous wonderful Yachts and boats and water. The photos are beautiful!

Royal yachts, no wonder so huge. Thanks for sharing.

Mine in here Thanks

great photos of ur yachts

Visit me in here Thanks

Now that's some Royal Yacht. All of your shots are so pretty. I do like the tall ships too.

great great post coming up with amazing shots and info

I wish you a great summer

What a splendid selection and commentary, John.

Wow, I learned a lot and enjoyed a lot here. Boats and especially tall ships are one of my favorite things "on earth."

Thanks for showing us all those beautiful ships! As a sailor's daughter I can appreciate that very much. In Amsterdam we have occasionaly an "invasion" of tall ships, which are so grand to see.

Thank you dear John for these beautiful pictures and precious informations! It was a very good post.

And that's a pretty good reward for being the King -- "a yacht, how nice, thank you very much"...

Serious yachts, wonderful photo's.
My fav. the very last one - Oh to sail away in her...

pop and see my Y.

Phew! Much bigger than mine! LOL!

John: Wow, what a lot of yacht photos. Each one was very special.

Wonderful, John! Each of these images hold their own! Bravo!
Cheers, Klaus

Great post John, thank you. I hadn't heard of Colin Archer, so I've learned a lot.

Beautiful photographs and very interesting, thanks for all the information.

There is just something about the last yacht photo that really called out to me so that one would have to be my preference.

Very enjoyable post for Y! Only saw one other yacht so far. . .

I will also post on your odd shots and bridges between down below. . . am kinda slow at commenting this week because of problems with my allergies.

Hi! I would like to contact you but I didn't find any email, webpage or phonenumber to you. Would love to use one of your pictures for a public use. Can you mail me at christian.gronroos@byggmax.se

I was impressed--greatly impressed--by the Norge. Then I started scrolling to find the comment link. Wow! I hadn't thought greatly that Norway is such a seafaring country. There were the Vikings, of course, but it is so obvious that Norway would have so many awesome yachts.

I have seen a lot of Yachts for Y, but that first one has got to be the biggest. Great photos.

I love tall ships! These are spectacular!