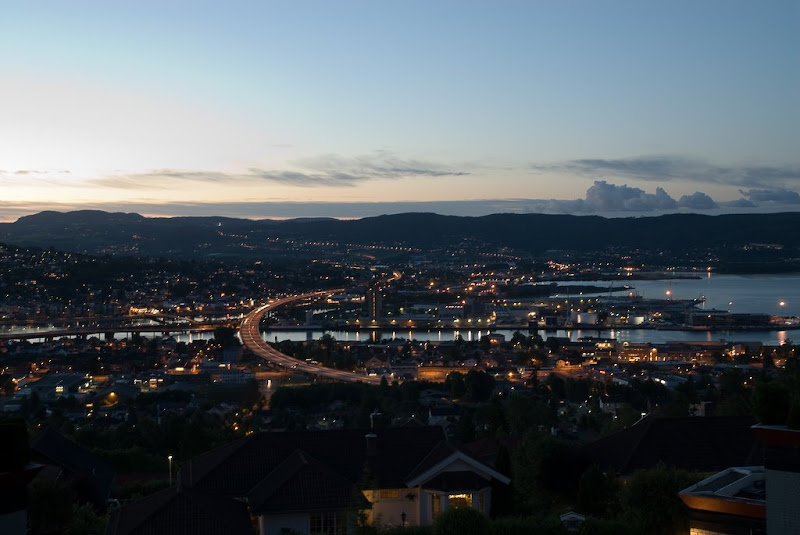 Drammen is one of the larger cities in Norway, and lies about 40 km from the capital of Norway, Oslo. The city centre lies at the end of a valley, on both sides of the river Drammenselva, and where the river meets the Drammensfjord. Drammen is also the main harbour for car and fruit import in Norway.

The Øvre Sund area, situated along Drammenselva, will be regulated by the municipality in order to restore this area's character. The buildings there are from the 18th and 19th century, and contribute, as well as the river and the brewery, to give the city a special identity.

From Wikipedia, the free encyclopedia 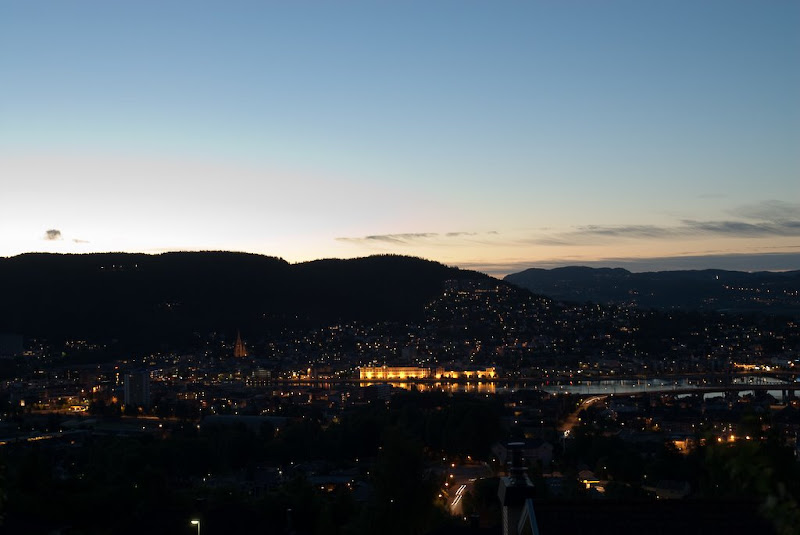 Very nice! There's a lot to look at and it seems even more interesting to barely be able to make things out. I'd love living in the third light on the mountain on the left :-)

Hi John, it looks so beautiful, I'm really looking forward to my cruise to Norway next year.

Beautiful evening captures. I love the road over the bridge in the first shot. Thanks for sharing your world!

Great evening photos! I recently where very near Drammen - went to Hurumhalvön on a birthday party :-)

We did go by car from Stockholm to Hurum. Nice scenery along the way.

Norway is very beautiful, we've been talked about going on a longer trip there some time in the future.

Just wanted to thank you for your kind comments on my Scottish post John.

These are beautiful! I love the lights of the city and the detail is amazing! Thanks for sharing.
:-)

It looked so peaceful and clean out there.

I love the scenery with all the lights, looks like Christmas . Love the information as well

Beautiful photography. It really looks nice on your black layout.

Your dusk and night photos are terrific! I love the way the cities, hills and water come together in Norway - very beautiful country.

His world is very good!
I believe it is a great city.